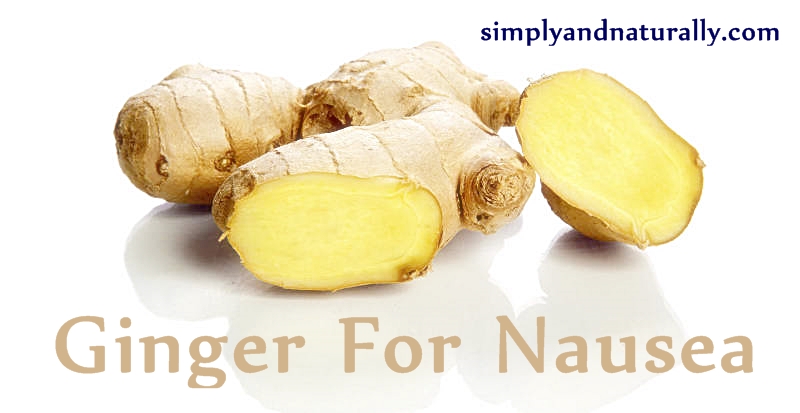 Ginger – The Best Remedy For Nausea Of All Kinds

Ginger, has long been praised for its aromatic and culinary qualities. However, it is probably best known for having a myriad of different medicinal properties. Of these, the first and foremost, is ginger’s ability to bring relief from gastrointestinal problems such as nausea.

Of the 115 different chemical components found in ginger root, the therapeutic benefits come from gingerols, the oily resin from the root that acts as a highly potent antioxidant and anti-inflammatory agent.

For most cases of nausea and vomiting, ginger is useful because it acts on the stomach itself as an energizing balm, rather than on the brain centers as a depressant, the way modern anti-nausea drugs do.

Numerous studies have shown the effectiveness of ginger as a pain reliever, but the way it eases nausea and vomiting has to do with its ability to stimulate the flow of saliva.

Ginger is the only herb or spice that can prevent motion sickness. It is even more effective than the over-the-counter drug Dramamine (study at Brigham Young University in Provo, Utah).

It is well known that the conventional medications for motion sickness, such as Dramamine, work on the nervous centers in the brain that cause the upset and therefore may induce drowsiness and lethargy. Because of this, this medications cannot be used by automobile drivers, sailors or astronauts, the very people who need them the most.

For motion sickness the best dose is one gram of dried ginger, taken at least a half-hour before traveling.

You can also try to chewing fresh slice of the ginger root. Because of the effectiveness most find with chewing gum to prevent motion sickness, combining the action of chewing with the stimulating effects of spicy ginger is theorized to reduce the incidence of motion sickness exponentially.

You only need to chew on a 1/2″ x  1/2″ (1.30 cm x 1.30 cm) slice of natural ginger for about 15-20 minutes to relive your nausea. This releases the natural oils and phytochemicals in the ginger directly to the digestive system and into the bloodstream.

Natural ginger provides a number of pH-balancing compounds that help to restore a natural balance of acids and enzymes to an upset stomach, while also providing analgesics that relive pain. 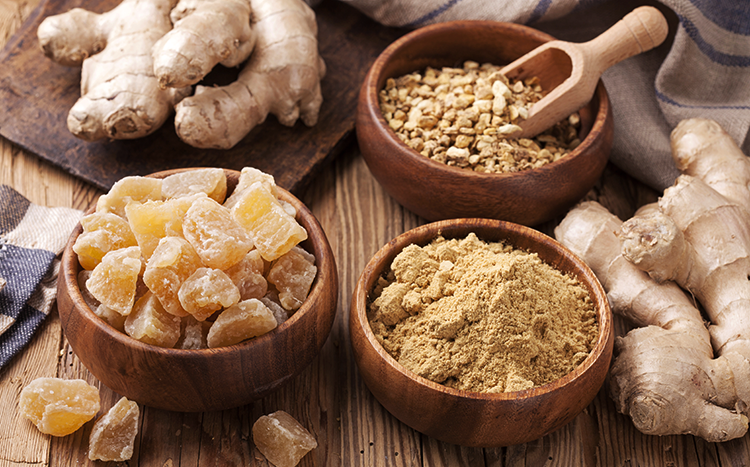 A number of clinical trials and studies have shown ginger to be successful in treating very severe and persistent pregnancy sickness.

It showed that one gram of ground ginger per day greatly reduced the symptoms and in some cases eliminated them (European Journal of Obstetrics and Gynaecology).

To alleviate the symptoms of morning sickness, try drinking a cup of ginger tea (recipe below) up to three times a day or munching a slice of fresh ginger. Ginger should not be used in high doses during pregnancy.

Fresh ginger in food form is likely safe during pregnancy. Several studies, using an average of 1000 mg of ginger/day, have found that it can be used for morning sickness without harm to the baby. However, use caution with ginger supplements. Pills may vary in concentration and the contents of the pill may not be correctly stated on the label.

Herbal treatments can affect or change the reaction of your normal prescription medications. Before you begin any type of herbal treatments, it is important to talk it over with your health care provider.

Side Effects of Medications and Anesthetics

Nausea and vomiting may also occur as side effects of medications, anesthetics or other toxins in the body. Ginger is highly effective in such cases.

A clinical study conducted at St. Bartholomew’s Hospital in London demonstrated that ginger is more effective than conventional drugs at preventing the very unpleasant nausea and vomiting that often occur when patients wake up from anesthesia after surgery. It is helpful to the digestive system in many other ways too.

Another study published in Neurogastroenterology & Motility found that the high protein meals with ginger reduced the delayed nausea of chemotherapy and reduced the use of anti-nausea medications. 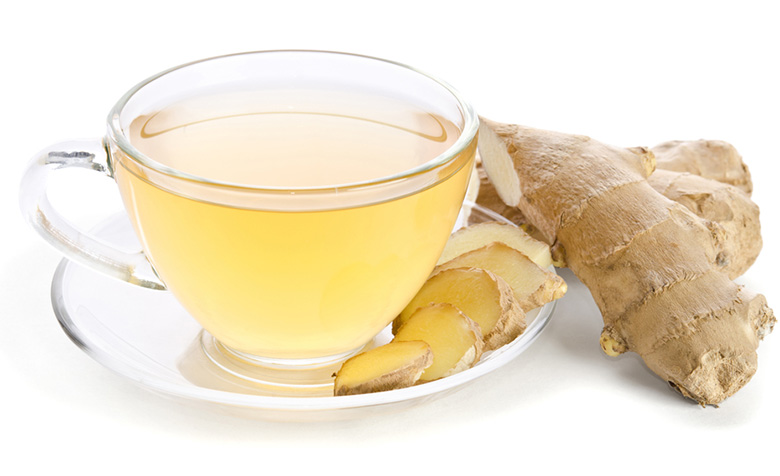 Put 3 ounces of fresh sliced ginger into a teapot.

Pour on 2 cups of freshly boiled water and put the lid on the teapot.

Allow the ginger to steep for 15 minutes.

Then strain the liquid through a sieve straight into a cup for immediate consumption, or into a jug, if you wish to drink it later.

Keep the remainder in the fridge to be reheated or drunk cold as you choose.

For a single cup, use 3 teaspoon of grated ginger to 1 cup of boiling water.

Try combining ginger and apple, or ginger and lemon for a different taste.

You may also add a pinch of powdered ginger to other teas.

Note of caution: Do not take ginger, if you have a high fever, an inflammatory skin complaint, ulcers of the digestive tract or gallstones. If poison or bad food is the cause of the nausea, vomiting should be encouraged rather than suppressed. For major or persistent problems be sure to consult your health care provider.

The information here is provided for informational purposes only. It is not presented with the intention of diagnosing or treating any disease or condition. It is in no way intended to substitute for the advice provided by your doctor or other health care professional. By using this site you agree to these terms. (read more)