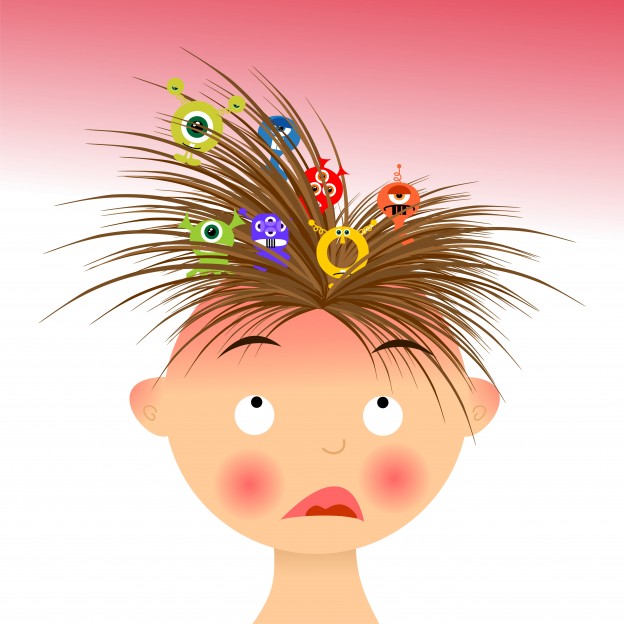 Getting head lice in the family is truly horrifying and you should get rid of them as soon as possible.

The really important thing is to find an effective treatment that doesn’t require putting harsh chemicals onto your head, which then get absorbed into your body.

Almost all of the products out there can cause terrible problems if you leave them on too long, use them too often, or use them on a child too young. 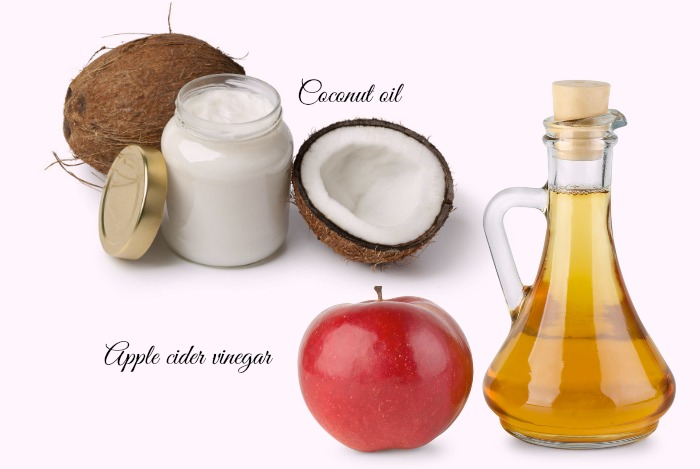 You will need a jar of Coconut Oil and a bottle of Apple Cider Vinegar.

First, rinse your hair with the vinegar. Don’t wash it out, leave it in until it dries.

The vinegar dissolves the ‘glue’ which sticks the eggs to your hair follicles.

When the vinegar has dried, coat the scalp and hair completely with coconut oil to suffocate the lice.

Cover your hair with a shower cap and let the oil sit for at least eight hours. The little buggers can hold their breath for a long time.

When the time is up, you have the option of either shampooing to remove the oil, or combing the hair with a nit comb and then washing.

You may need to shampoo more than once to get all the oil out. Your hair will be exceptionally well-conditioned when the process is over.

Make sure to wash and dry all the towels and clean out your comb.

Suffocation will kill the active lice, but it doesn’t affect nits. You have to do it once per week for three weeks.

This works because lice don’t lay eggs until they are about 10 days old. If you treat every 7 days you’re eliminating their ability to reproduce.

After the initial treatment, two more treatments spaced a week apart should do the trick. 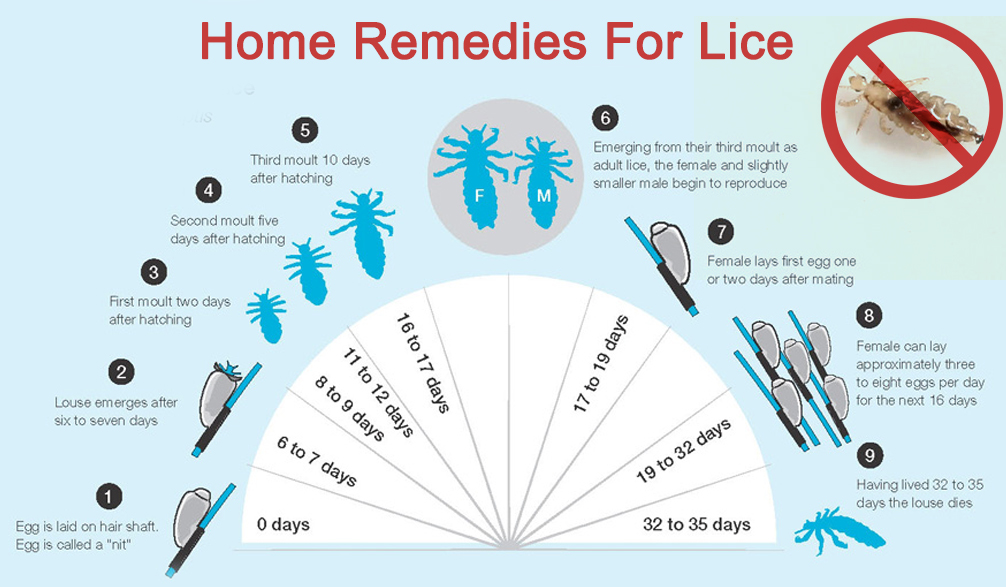 A study done in 2010 in the UK and reported in the European Journal of Pediatrics tested the effectiveness of a coconut and anise spray against head lice as opposed to permethrin lotion.

Permethrin lotion, the most commonly prescribed pediculicide for treating head lice, is reportedly losing its effectiveness in many places around the world in curing head lice.

The study found that the coconut and anise spray was “significantly more successful” than the permethrin lotion in curing head louse infestation.

A home remedy for head lice can be made quite simply by melting a cup of Coconut Oil and adding in about 12 drops of Anise Oil.

After a hot shower and careful combing of the hair using a lice comb and hot water, apply the coconut oil lotion and cover the head with a shower cap.

Leaving this type of coconut oil and anise solution on the scalp and hair for ten minutes and repeating the procedure within 7-9 days has proven an effective natural treatment for head lice in several studies.

You can read more about Anise Oil here.