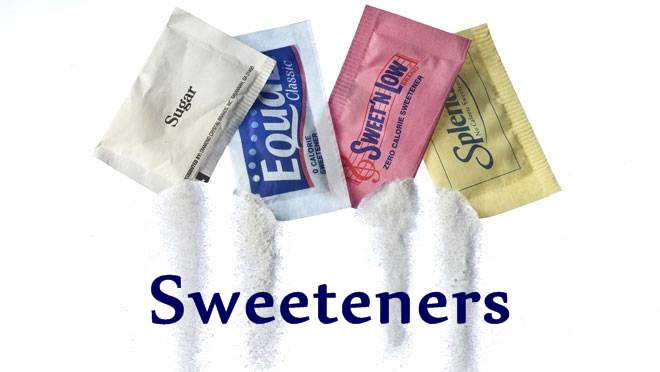 Sweeteners: The Good, The Bad And The Dangerous

Sweeteners, no matter what we call them, are still sugars. Only a few sugars are actually good for us, such as fructooligosaccharides and other essential saccharides. But these sugars are rarely, if ever, found in snacks and treats. They are mostly used for medicinal purposes.

Most natural sweeteners such as honey and pure maple sugar are a little better than refined sugars, because they have some nutrients and they aren’t bleached and refined. However, they are not healthful in the quantities consumed by the average man. And some sweeteners, namely artificial, can be dangerous.

Brich Sugar (Xylitol) – is a sugar alcohol. Xylitol is derived from birch bark. It has fewer calories than sugar with about the same sweetness. It has not been shown to promote tooth decay. It is metabolized slowly, which helps prevent the sugar “highs” and “lows” often experienced with other sweeteners. As a side note, xylitol is toxic to dogs and some other animals, (so be sure to keep it out of reach of your family pets). Keep in mind that not all xylitol may be derived from brich bark. Some is made from by-products of the wood pulp industry – this should be avoided. 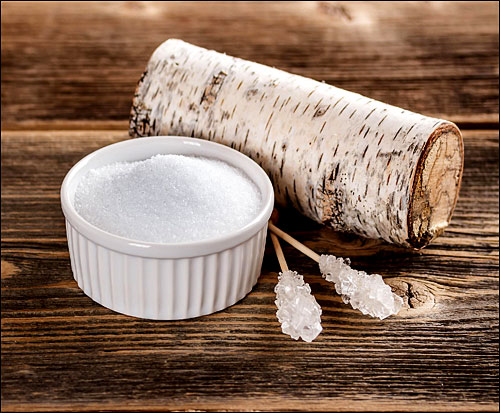 Sugar Alcohols such as (Sorbitol, Mannitol, Malitol and Xylitol) – are sugar alcohols that are derived from dextrose or glucose, or in the case of xylitol, from brich trees or by-products of the pulp industry. On gum and candy labels they are often termed “sugar free”, but this is somewhat misleading because when broken down, they act similarly to other forms of sugar. None are free of calories, and only xylitol has been shown to not promote cavities. Sugar alcohols tend to ferment in the digestive tract, causing cramping and diarrhea.

Lo Han Guo – comes from the Chinese plant Lo Han Guo Siraitia grosvenorii, a perennial vine in the cucumber or melon family that grows in China. Lo Han Guo fruits contain triterpene glycoside sweeteners known as mogrosides. When processed into a fine powder, this natural sweetener is soluble in water. It is about 300 times sweeter than sugar, so very little is needed to sweeten foods and beverages. It is also very low in calories. No adverse effects have been associated with Lo Han Guo. It can be found in most health food stores.

Stevia – is extracted from an herbal leaf of a plant that grows in South America. It is about 200 to 300 times sweeter than sugar. It has virtually no calories. Stevia is sold as a supplement. It’s completely safe in its natural form and can be used to sweeten most dishes and drinks. Stevia comes in powdered or liquid form and can be found at most health food stores. However, not all stevia products are created equal. There is a HUGE difference between consuming real stevia and chemically processed stevia products like Truvia. Truvia only contain LESS THAN 1 PERCENT stevia!

The High-Carb Natural Sweeteners – not good choices for weight loss

Be aware that they will raise blood sugar and insulin. They will contribute to insulin resistance and weight gain. All these sweeteners, with the exception of honey, are about equal in carbs to white sugar; honey is slightly higher.

Brown Rice Syrup – is a naturally fermented sweetener in which enzymes convert carbohydrates to maltose. Maltose may be tolerated somewhat better than other natural sweeteners by people with blood sugar metabolism disorders. It is made from whole-grain brown rice (malt barley syrup from barley) and contains some B vitamins and minerals. The consistency is similar to honey, but it is less sweet and more delicate and subtle. It can be found in most health food stores. 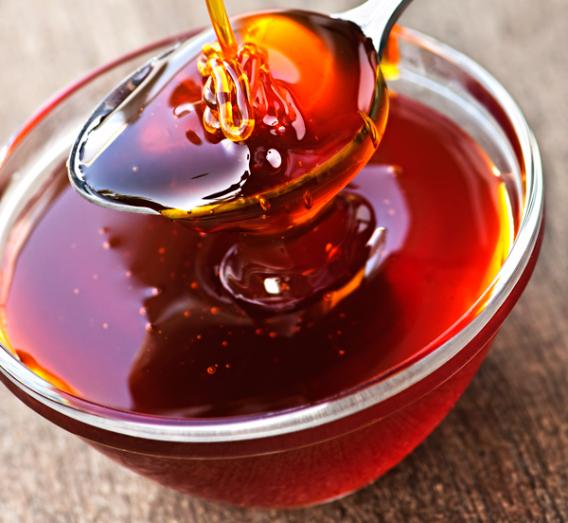 Date sugar – is made of ground, dehydrated dates. It has a higher fiber (pectin) content than many other sweeteners and some vitamins and minerals. It can be found in most health food stores. 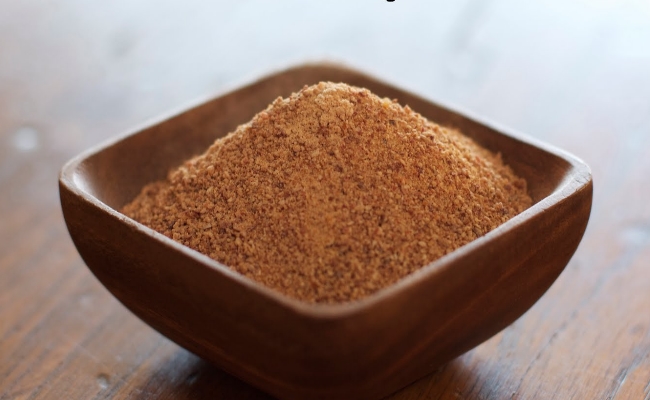 Honey (raw is best) – is composed of simple sugars, and it is both sweeter and slightly higher in carbs and calories than white sugar. Its composition, color and flavor are as varied as the blossoms that feed the honeybees. Most raw honey has been lightly heated and filtered, and retains some of the enzymes and traces of vitamins and minerals. Most commercial honey has been highly processed and therefore is less nutritional. Raw honey is usually available in health food stores and from private growers.

Pure Maple Syrup – is made by boiling the sap of sugar maple trees. It is less sweet than honey but sweeter than brown rice syrup and malt barley syrup. It comes in different grades according to how long and at what temperature it is boiled. The purest maple syrup comes from Canada. Some U.S. producers use formaldehyde pellets to keep tapholes open. Look for labels that indicate the syrup has no added salt, chemical preservatives or defoamers. 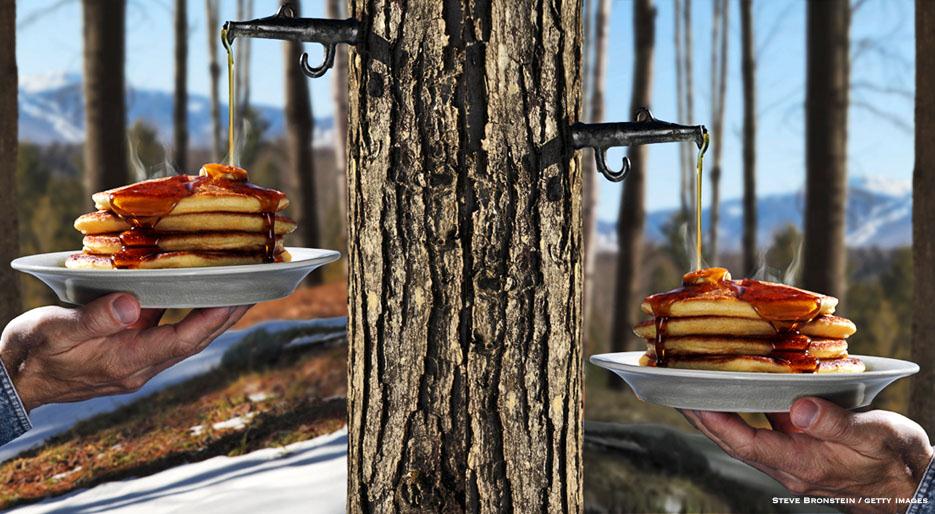 Raw sugarcane – is the product that exists before the bleaching stages of making refined sugar. To prepare this sugar for market, it is steam-cleaned; it retains a fraction of the dark molasses produced in sugar refining. Raw sugar is not subjected to the same chemical whitening as white sugar. Raw sugar is marketed under the names Turbinado or Sucanut, which can be found at most health food stores. 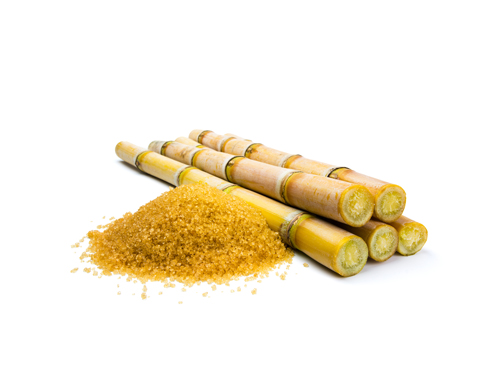 Nikki and David Goldbeck, The Goldbecks’ Giude to Good Food

Stevia Side Effects: Good or Bad?

Why I Use Xylitol